To Squash Or Not To Squash: Musings On Invasive Species 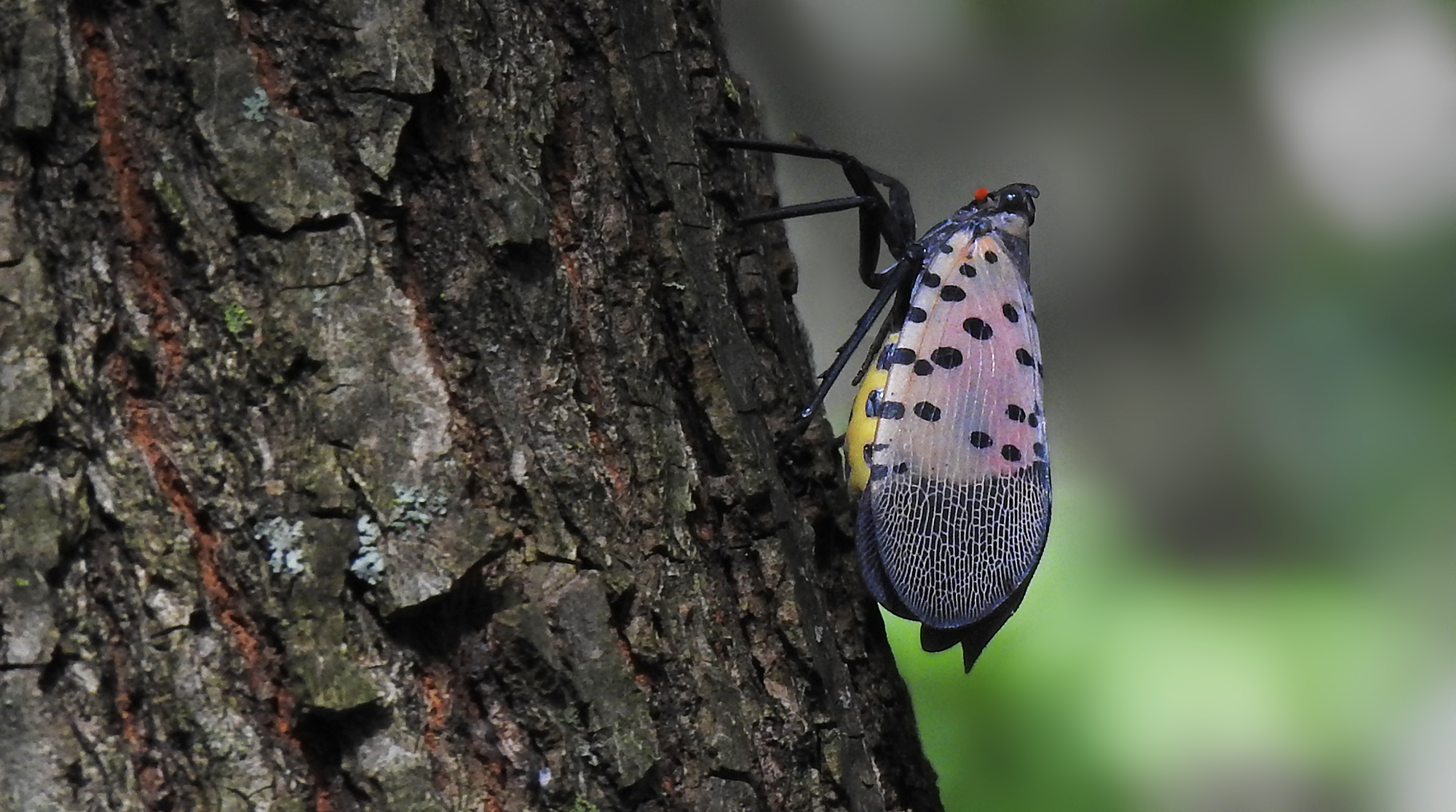 The devil was on one shoulder.  An angel on the other.

Both were telling me how to proceed, but I couldn’t decipher which voice belonged to which entity.

“Leave it alone,” said the other.

Apparently my former sense of good and evil was blurred.  Who was the devil, and who was the angel?

It all started when I was driving on a backcountry road in Pennsylvania.  I encountered a stand of tree-of-heaven (Ailanthus altissima) whose trunks were adorned with plastic contraptions.

“Spotted lanternfly traps,” I thought to myself.

Curious to see how effective the contraptions were, I pulled over.  The traps were constructed 5 feet from the bases of the trees.  Each trap was clearly occupied.  I decided to take a closer look.

The first trap held dozens of spiders and beetles — some of them alive, many of them dead.  The number of spotted lanternflies within this trap equaled exactly zero.

I then checked trap number two.  Like the first trap, this one also held dozens of spiders and beetles.  The number of spotted lanternflies within this trap also equaled exactly zero.

Every trap was like this.  None contained a single spotted lanternfly.  All imprisoned spiders and beetles.

Thinking what my role in all of this should be, I soon found myself accompanied by two supernatural advisors — one on each shoulder.

Cut the bags open?  Or walk away?  Cutting them open — or at least permanently disabling the traps — would release the living insects and ensure that no more would perish.  Doing so, however, would benefit spotted lanterflies — insects that are deemed invasive and destructive in North America.  What was the right thing to do?

Questions on the topic of invasive species weren’t new to me.  They had materialized before.  What was right?  What was wrong?  What was good?  What was bad?  Who belonged?  Who didn’t?

After much pondering over the years, I’ve come to realize that questions will always be plentiful.  In a brand new video, I ask several questions on the fascinating topic of invasive species.  Few of these questions have simple answers, but all are deeply considered.