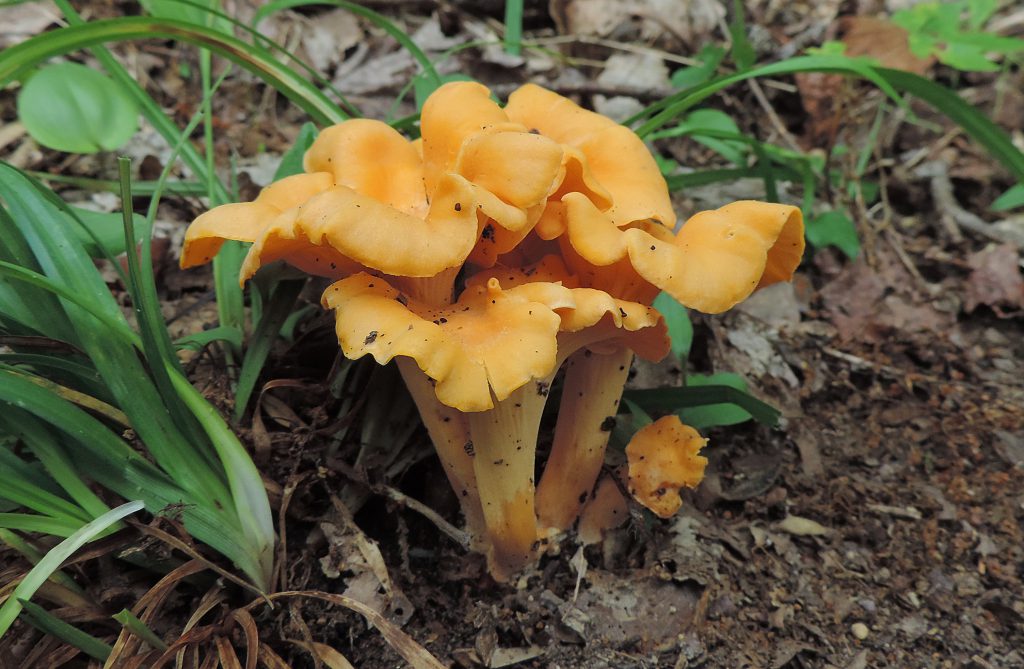 Chanterelles (Cantharellus sp.) are among the most prized edible mushrooms on the planet.  They’re meaty, they’re tasty, and they can often be found in abundance underneath hardwood and conifer trees.

Jack O’Lanterns (Omphalotus sp.) are bioluminescent fungi that decompose woody debris in hardwood forests.  Their orange colors and seasonal fruiting patterns resemble those of many Chanterelle species, but unlike the latter fungi, Jack O’Lanterns are toxic.  Do not eat them.

In this video, we take a look at the numerous differences between Chanterelle and Jack O’Lantern mushrooms.