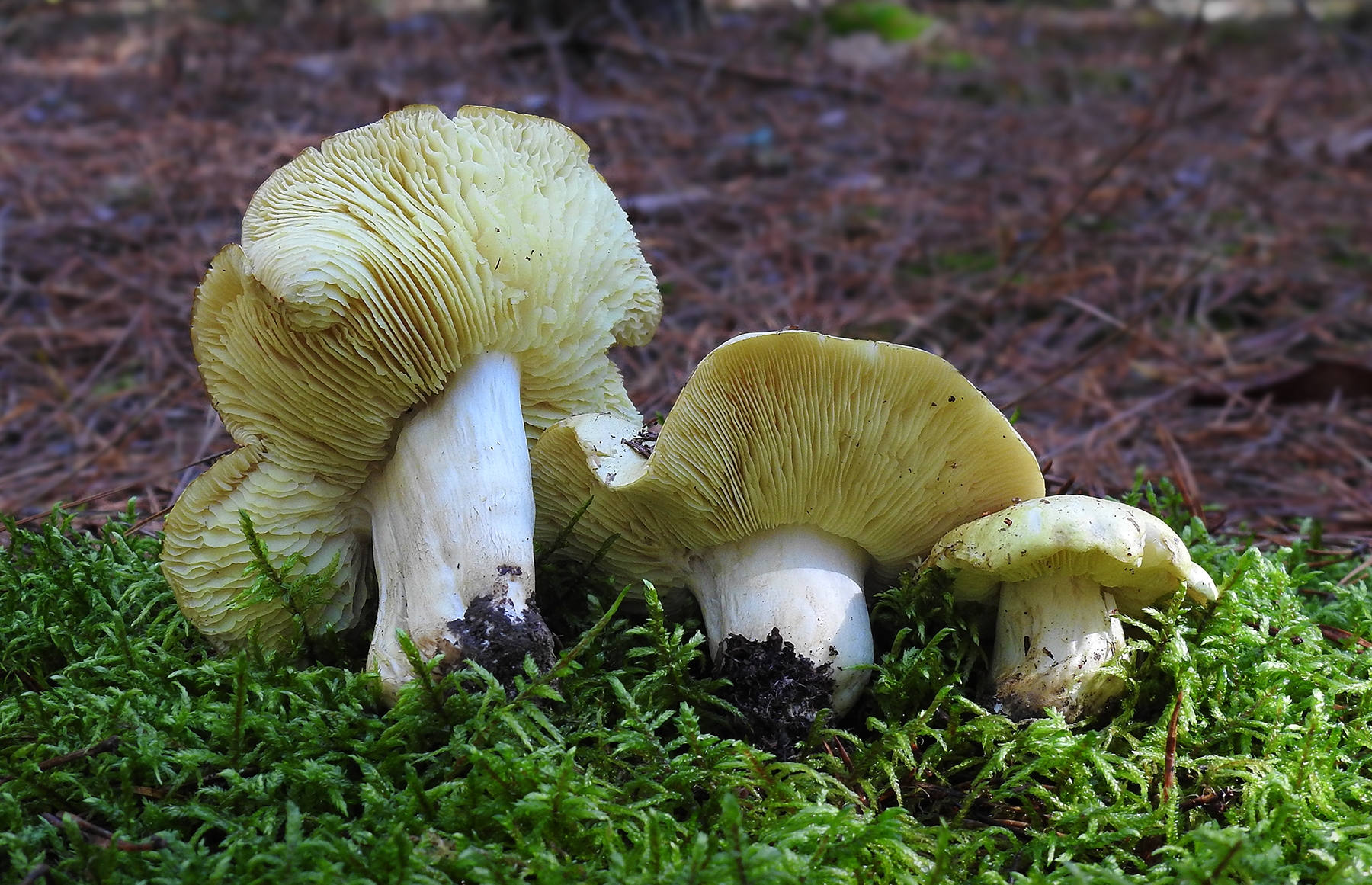 To determine whether a mushroom is edible or not, time is one factor worth considering.

A mushroom that has been eaten for centuries with few adverse events reported is a mushroom that most people would consider to be edible.

On the other hand, a mushroom with a centuries-old reputation of being toxic is certainly a mushroom whose edibility should be called into serious question, even in modern times.

But not all mushrooms fit neatly into those two categories.

Take the Yellow Knight, for instance.

The Yellow Knight (Tricholoma equestre, syn. Tricholoma flavovirens) is a wild mushroom that had been safely eaten for centuries. In the 1990s, however, consumption of the Yellow Knight suddenly and unexpectedly became linked to multiple human poisonings. Some of these poisonings resulted in death.

During a recent walk through a pine forest, I encountered the infamous Yellow Knight mushroom. After careful consideration, I decided to harvest the mushroom and cook it, and in the following video I explain why I would do such a thing.

If you are interested in learning more about a common yet controversial fall mushroom, check out the video!