Some mushrooms are extremely difficult to locate, blending in perfectly with the environment and thus shrewdly escaping the foraging basket.  Other stealthy fungi thrive in unique niche habitats, far away from our most frequented locales.  Fortunately, not all edible mushrooms behave in these ways.  Take, for instance, the wine cap.

The wine cap belongs to the genus Stropharia — a group of saprophytic fungi that break down dead or decaying organic material.  The particular species of interest, Stropharia rugosoannulata, is one that is frequently found in urban and suburban wood chips, making its discovery a much more manageable endeavor.

The wine cap is characterized by its medium size, though oftentimes you’ll find rather large specimens with caps up to 6 inches or more in diameter.  The caps are wine-red at first and fade to duller shades with age.  In maturity, the caps will be straw-colored or tan.  The gills are crowded and attached to the stem, starting out white and eventually turning dark purple/black in maturity.  Therefore, depending on when you find wine caps, colors may vary substantially. 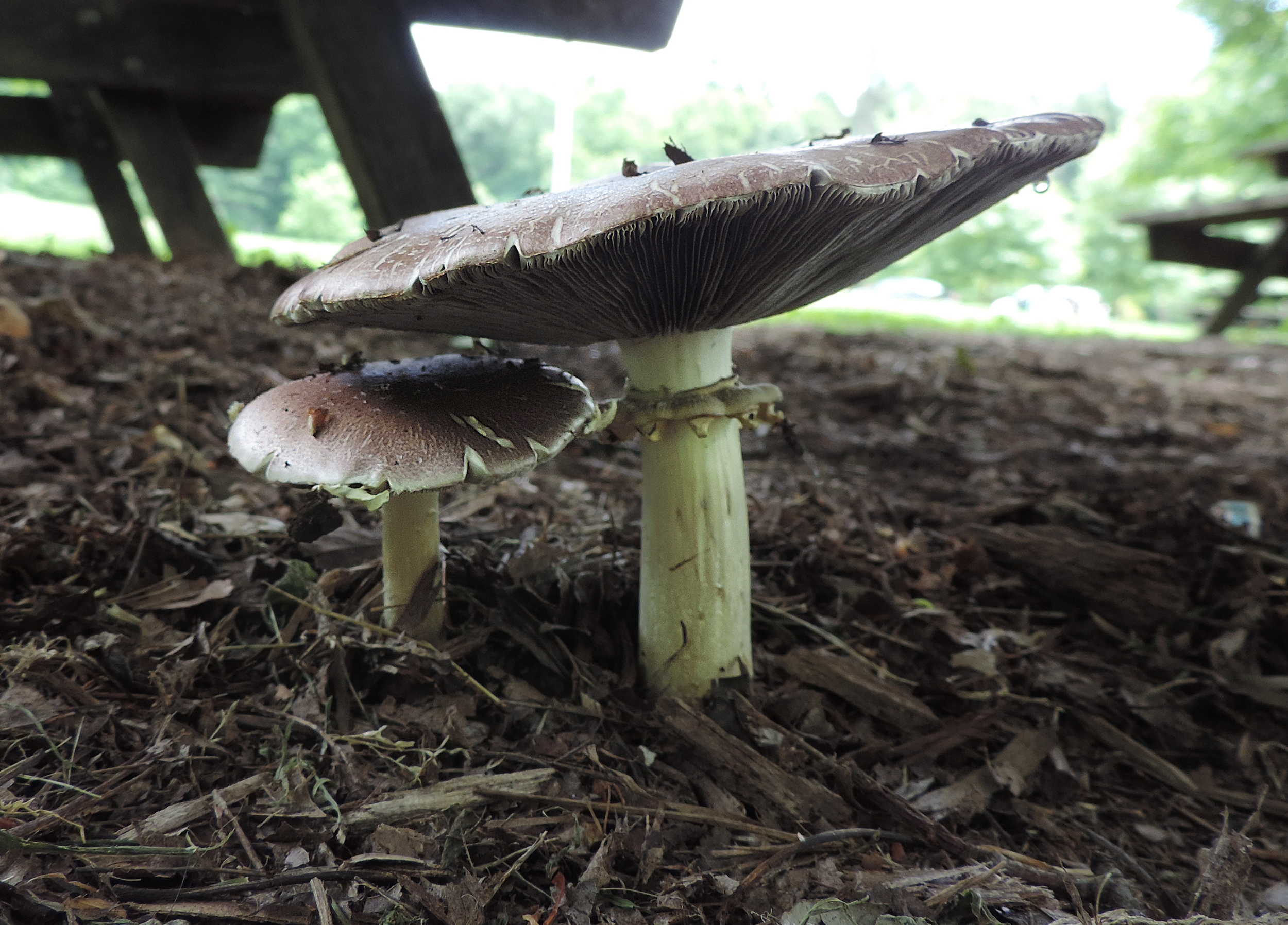 A partial veil can be seen on wine caps, especially in younger specimens.  This partial veil covers the gills and breaks away as the mushroom matures, leaving a toothed ring around the stem.  The stem is whitish and can typically appear bulbous at the base.  However, there is no membranous sac or volva at the base of the stem (as seen in species of Amanita).  Wine caps deposit dark purple-brown, almost black spore prints. 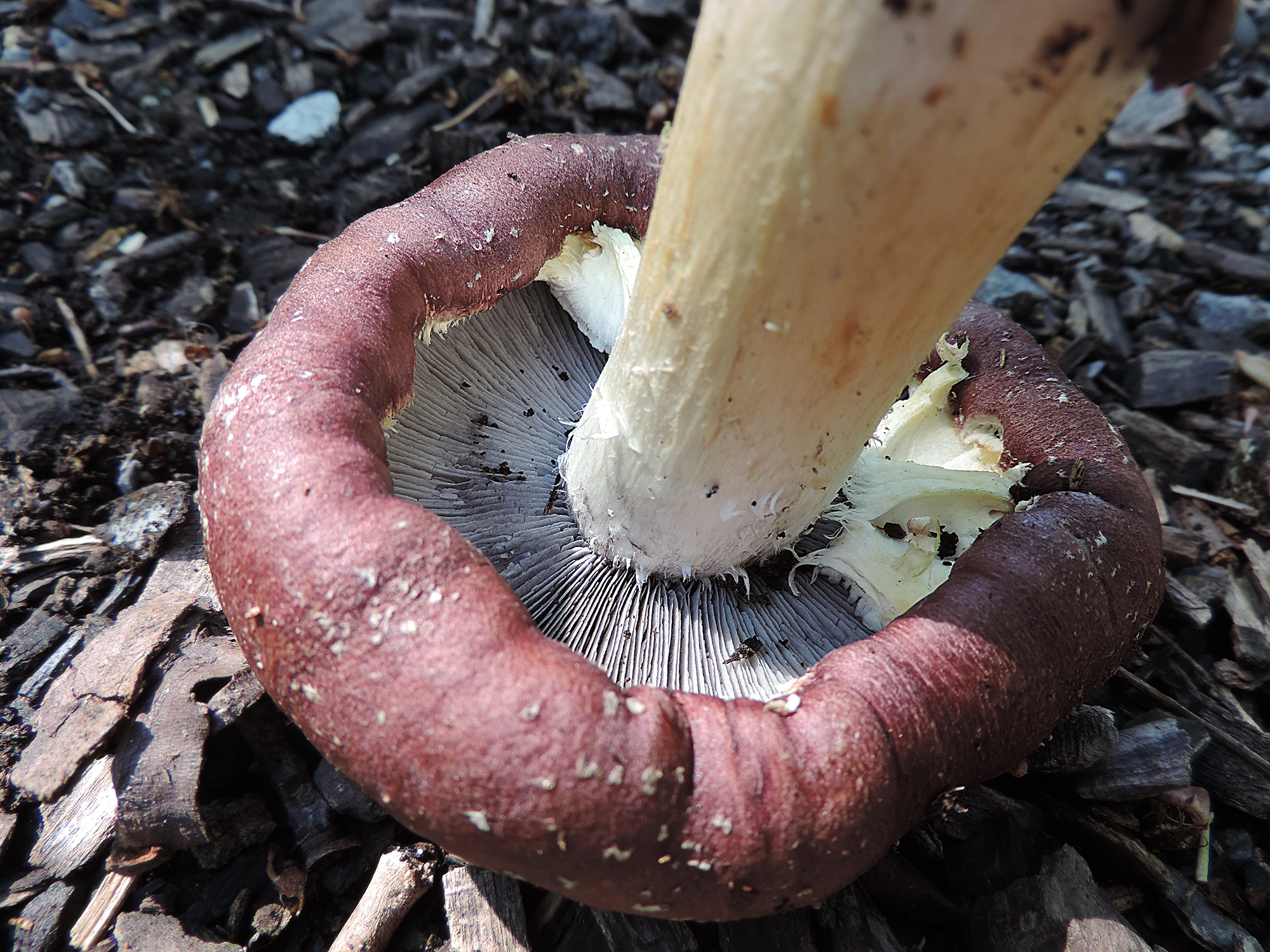 Wine caps may be confused for several Agaricus species, though the latter typically contain pinkish gills and deposit chocolate-brown spore prints.  Agrocybe is another genus of fungi that may be found in mulch.  However, Agrocybe species deposit a brown spore print and typically do not contain reddish-purple hues on the caps.

Wine caps are indeed edible and they typically fruit in large numbers starting in spring, all the way through autumn.  Here in Pennsylvania, however, they’re most frequently found in the spring months — especially after a few good rains.  Though spring may be their preferred season, no one I know considers them a consolation prize for anything, as they consistently lend a nice, meaty flavor to a foraged meal.