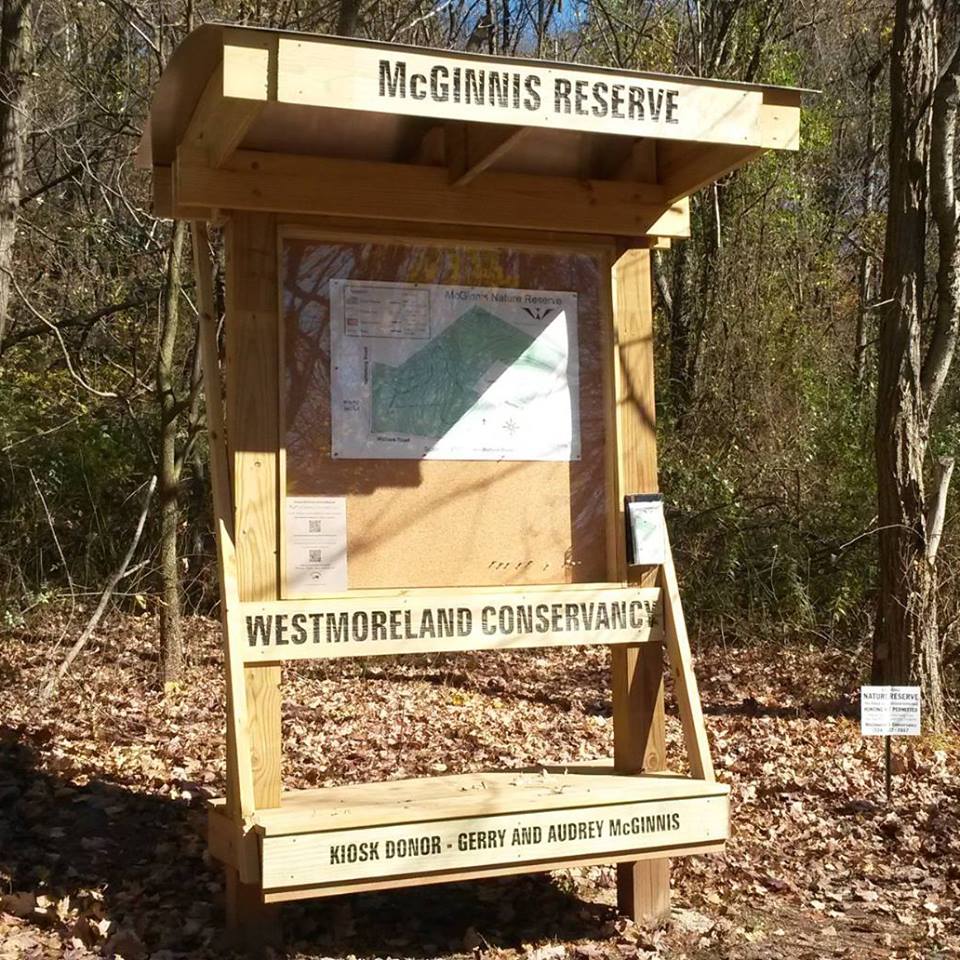 The History of the Westmoreland Conservancy

The Westmoreland Conservancy was founded by a group of conservationists who wanted to save from development one of the last remaining large parcels of land in the most densely populated areas of Murrysville. This was the Kellman property, which had been actively farmed until the mid-60’s by Fred Kellman and his daughter, Lillian.

Lillian Kellman continued to live on the family farm long after her parents died. Much had changed during her lifetime. Adjoining farms were sold off to developers, leaving Lillian’s farm as the last open space remaining in the most densely developed part of Murrysville.

Continuing problems of finding enough money to pay her taxes finally proved to be too much for her and the court assigned an attorney to settle her affairs.

Neighbors realized that Lillian’s problems were real when a public hearing was called to consider changing the zoning from S-1 (special conservation) to R-2 (residential dwellings on half acre lots). Fifty seven acres was about to be converted into a sea of houses.

The realization that this precious open space was about to disappear catalyzed the surrounding neighbors into action. A committee called Save Open Space, or S.0.S., was formed to galvanize public support to preserve the Kellman farm as a nature reserve. On June 5, 1991 the Westmoreland Conservancy was formed as a private foundation with provisional 501 (c)(3) status.

An agreement was reached with the municipality to work together in obtaining the funding needed to purchase the Kellman farm. Over the course of the next two years, over $345,000 was raised from individuals, local businesses, foundations, and state grants. In addition, the municipality took on the responsibility and cost of maintaining a curtilage for Lillian to continue living on her farm for the remainder of her life. The developer who had hoped to purchase the Kellman farm if it were rezoned graciously bowed out when it became evident that the overwhelming majority wanted to see this open space preserved as a nature reserve. A newspaper account at the time referred to the brigade that launched the drive to Save Open Space as “housewives in slippers” which was not too far from the truth.

Since our founding in 1991, the Westmoreland Conservancy has been instrumental in the preservation of 265 acres of open space for the enjoyment of future generations. The Kellman Reserve is now a part of the Municipal Park system. The remaining acres are owned and maintained by the Conservancy. As an organization, the Westmoreland Conservancy is dedicated to preserving rural and rustic open spaces for the benefit of community residents. The generosity of the community and the friends of Murrysville is making that goal a reality.

Westmoreland Conservancy was awarded Accredited status by the Land Trust Accreditation Commission in 2013.

Friends of the Wissahickon

Kate St. John, naturalist& blogger at Outside My Window